With a formidable new album, "The Carnival II: Memoirs of an Immigrant", on the way, the Haitian-born Grammy Award-winning musician/rapper/producer/social activist, Wyclef Jean is entering an important new phase of his career. "In the past few years many things have happened that have effected who I am", says Wyclef. "The unexpected passing of my father brought great spiritual reflection on what matters in life. God's gift of my daughter reminded me of how love is the greatest way to heal. I have travelled the world, seen the issues in my native land, and worked some of the most important recording artists artistically. This has given me a second wind, so to speak. Inspiration."
In the 20 years since first meeting his fellow Fugees cofounders - Lauryn Hill and Prakazrel ("Pras") Michel - and 10 years since launching his prolific solo career with 1997's "Wyclef Jean Presents The Carnival Featuring The Refugee All-Stars", Wyclef Jean has effortlessly crossed genres, generations and geographic boundaries as a musical goodwill ambassador and a diplomat for positive cultural evolution.
"Everything I do revolves around music", says Wyclef. "If there was no music, I wouldn't be where I'm at. My music is the vessel I use."
His musical journey began in Haiti, where he sang in his father's church at the age of 3. 12 years later, after moving to the United States at age 6, Wyclef formed his first serious musical collaboration, the Tranzlator Crew, in 1987, with New Jersey classmates Lauryn Hill and Pras Michel (whom Wyclef calls his "cousin"). By 1994, the Tranzlator Crew had become the Fugees and the group enjoyed its first critical acclaim and moderate chart success with its debut album, "Blunted On Reality", and a pair of singles: "Nappy Heads" and "Vocab".
The Fugees next album, 1996's "The Score", fulfilled the group's promise in bigger ways than anyone had imagined, becoming a full-blown cultural phenomenon. "The Score" reached the #1 slots on Billboard's Top 200 and Top R&B/Hip-Hop albums charts, produced three hit singles - "Fu-Gee-La", "Killing Me Softly With His Song", and "Ready Or Not" - and earned two Grammys: "Best R&B Performance By A Duo Or Group With Vocals" ("Killing Me Softly With His Song") and "Best Rap Album". "The Score" went on to become the world's #1 top-selling hip-hop album of all-time, selling more than 17 million copies globally and still counting.
In 1997, the obvious next move for this very gifted writer and producer was to embark upon a solo project. "Wyclef Jean Presents The Carnival Featuring The Refugee All-Stars" (aka "The Carnival") peaked at #16 on the Billboard 200 and #4 on the Top R&B/Hip-Hop album charts while generating the smash singles "Guantanamera" (which earned a Grammy nomination), "We Trying To Stay Alive" and "Gone Till November", which continues to be a signature classic. Guest artists on the album included Lauryn Hill and Pras as well as the I Threes (Bob Marley's backup vocalists), the Neville Brothers, and the legendary salsa singer Celia Cruz.
Wyclef branched out even further with 2000's "The Ecleftic: 2 Sides II A Book", which he recorded with a diverse range of guest artists including Youssou N'Dour, Earth Wind & Fire, Kenny Rogers, and Mary J. Blige. That same year, he was nominated for "Best Hip-Hop act" at the 2000 MTV Europe Video Music Awards. 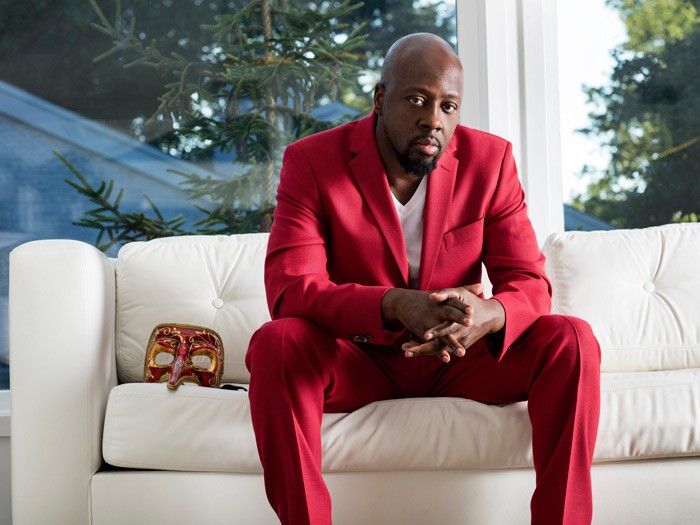