The Manic Street Preachers have been through a process of destroying what we are.

All great bands do that? but ever since Everything Must Go and This Is My Truth we've been trying to reduce ourselves to a pile of rubble. So, for Send Away The Tigers, we've been listening back to Everything Must Go and even the youthful idealism of Generation Terrorists, placing ourselves back at being 18 or 21 again, and reconnecting with all the things that made us so excited back then. Cynicism is brilliant. But it gets to a point where it's not helpful when you're in a band.
Send Away The Tigers isn't a high concept album, but the theory behind it is important. We've written about 30 songs for this album, and we've been fiercely editing this time because in the past we'd perhaps put too much on some of our albums. These are the best ten songs. It's short? 38 minutes. When we started this album it was the three of us, in a rehearsal room, making a right old racket. Sometimes you have to learn from your own past. James playing huge guitar solos without me and Sean going, "Stop wanking!" We just felt liberated.

We began writing for the album in late 2005, and began recording in earnest in March 2006 with
Dave Eringa. The album was recorded at Stir Studios in Cardiff and Grouse Lodge in County Westmeath in Ireland, finished in November 2006, and then mixed in California by Chris Lord-Alge (Green Day, My Chemical Romance).

At the same time, James and I released and performed our first solo albums, The Great Western and I Killed The Zeitgeist respectively. Doing the solo albums has been really important and really helpful in terms of letting us do the albums we wanted to do in a vain kind of way? and then realising what we're genuinely great at. Doing the few solo gigs that I did, meeting people and being stimulated and having loads of fun, I realised that The Manics had lost that element of fabulous disaster? the Technicolor moment of the Sex Pistols being so hilarious, as well as serious. The Clash and the Sex Pistols are our biggest inspirations. We've denied it for a long time. But they are. And on this album, we've gone back to source.

We never contemplated splitting. We didn't have a friction-based disaster because we're not those kind of people. But there was a general malaise. If we hadn't done that small tour after Lifeblood in late 2004, which reminded us what people like about us? I don't think we would have split up, because we get on too well, but we might have fizzled out. We've just announced our tour and this is the fastest our tickets have sold out in about ten years. That process of re-connecting is beginning.

Send Away The Tigers is a phrase the comedian Tony Hancock used whenever he started drinking. I saw a parallel between that line and the animals being released from the zoo in Baghdad when the Allies invaded. A misguided idea of liberation. Also that idea of being haunted by a wrong decision. With Hancock it was sacking his writers. And, if it weren't for the Iraq war, for all his faults, in historical terms, Tony Blair would be seen as a great Prime Minister. Now his life is utterly ruined. On a smaller scale, certain things I've said which have been stupid and inane? they're what I'm gonna be remembered for.


As far as my lyrics on the album are concerned, I just realised that being angry was a good thing. As long as I could control it, make it less nihilistic than my solo album. I Killed The Zeitgeist gave me an opportunity to embrace nihilism in all its beauty. I thought if I could just take all those elements and be less afraid of having some really important words. Because you do get scared, when everything around you is so on the surface and light. Every alternative band has just been sucked into nothingness. Everyone's jaded. When we started we thought the most shocking thing we could do, because of indie snobbery, was say that we wanted to be like Bruce Springsteen and The Clash? we wanna be huge. Our oddness was our normalness. Now, hopefully, it's our idealism - the John Lydon idea that anger is an energy - that's gonna separate us. You have to be direct.

The Guilty Pleasures thing has also had a bearing, especially with James who knows Sean Rowley very well. Guilty Pleasures did that classic thing of making you feel better about some of the records you like. We love classic radio records by The Eagles, Boston and REO Speedwagon, and we wanted to get back to that, but with our obvious lyrical bent. Autumnsong, in particular? James was really trying to deconstruct that song at one point because it was so obvious that it was Sweet Child O' Mine and Aerosmith's I See You Crying. And I just had to sit him down at one point and say, "if it sounds like you're ripping off Slash? it's a good thing. It's what you are." From that moment on, we didn't really have to work on anything. It just came naturally. We talked about not being afraid to be a tad clichéd. When we play live, we are a cliché - we play Paradise City and get up on the Marshall stacks. The hook line "Baby what you done to your hair?" is really close to an Aerosmith song. But it's a song about being young and connecting with something you love? a girl, a record you want to play twenty times in a row. Things that give you the power to go outside and believe you can actually do something. You get drenched in paranoia, being in a band. And it's stupid. Being in a rock 'n' roll band is just a euphoric kick.

Sean has written a lot more of the music with James this time around. And I wrote half of the music for the first single, Your Love Alone Is Not Enough, which features Nina Persson of The Cardigans, who I think are one of the great underrated bands and I love her voice. It's a complicated lyric. What it's trying to say on one level is that any single element is never enough for a country to survive. You can't solely have religion, or love, or democracy. We need all these elements for any country to be coherent. It is also about people and specifically, suicide. There are just too many people I've known who have killed themselves. James was like, "Great. Another fucking song about suicide! I thought you did all that on your solo album?" I guess people will assume it is about Richey too. He was in a successful band, he could have had a nice girlfriend if he wanted, and we all loved him. But? it wasn't enough. Whether its suicide or not, obviously, we don't know. But? there's a line in there: "I could have seen for miles and miles/I could've shown you how to smile/I could've shown you how to cry"? it's just that feeling of regret. Could someone have done more?

As for Rendition? when The CIA fly people somewhere to be tortured they call it "extraordinary rendition". I found that really weird. With Guantanamo Bay, America found a place in Cuba - their greatest enemy! - Which they got hold of somehow, which is even weirder, and this place is above the law, and then they take it to the sky, which is also above the law. Take 'em to Uzbekistan, torture 'em there. It's such a bizarre concept for a country that prides itself on this mythical bullshit called "the rule of law". What are they gonna do next, build a prison camp on the moon? The song's also about the actor Jack Lemmon. Because of the person he was and the films he made in the '70s like The China Syndrome and Missing? he was the America we respected. The line in there, "Oh my God! I sound like a liberal!" is to give it all some kind of sense of humour. This album is serious. But it's important for me to say, "It's only me talking? what does it matter?" If you get it, you get it. But if you don't, you don't.


I'm Just A Patsy is along the same lines. No-one has given us credit for a sense of humour since
This Is My Truth Tell Me Yours. When you get big, you can get po-faced and serious, and we've been guilty of that. But if you know us as people? I mean, look at what I wear onstage! I understand why people think we've got no sense of humour, because we were just so bizarre and ridiculous when we started that we could get away with anything.

Imperial Bodybags is another view of America. We castigate Americans as thick, evangelical idiots and it's unfair. So the song is just about the obvious - when an American soldier comes home from Iraq in a coffin, his people feel it just as bad as anyone else's. Not everyone is an American Idiot. It's also about the massacre of the Russian royal family in the Bolshevik revolution. I've spent half my life believing that was a good thing. As you get older you wonder if it's just one evil replacing another. And the song is pure rockabilly? "Brand New Cadillac" and The Stray Cats' "Runaway Boys".

We've included our cover of John Lennon's Working Class Hero as a hidden track. I really got into Plastic Ono Band when I was doing my solo album. This song is a witty, sardonic, genius lyric, with three chords, easy to play. And it just seemed really applicable. There aren't many bands anymore that come from a working-class background because there is less class-consciousness in Britain now. Maybe that's a good thing. But the song just fitted naturally into the scheme of things.
Indian Summer does refer to what I hope The Manics are having. That's the purpose, really. There's no point carrying on if we don't. We've had a brilliant career, but most of all, we've stayed amazing friends, which in rock 'n' roll, is very rare. The song has the same beat as A Design For Life I think we're the only band that does that kind of waltz. The lyrics are really joyous and uplifting. It's about friendship, really? really un-Manics things, 'cos we hate things like pride and friendship? its all so Bono.

But friendship's seen us through a lot, and that must count for something. When the three of us are together, there's no real feeling like it that we can get anywhere else. You can say anything no matter how foul or bad and no one takes it that seriously, you work things out together. It's not like we go drinking or take drugs together. We just sit, talk or not talk, watch, read, listen. It's a beautiful thing.

On this record, James is trying to fit a lot of words into a line again. I didn't tailor anything for him. On Send Away The Tigers he's literally out of breath by the time he gets to the chorus. I used to worry about my words not being heard or understood. A lot. But that's been to our detriment. Because when we don't worry, we make 'If You Tolerate This Your Children Will Be Next' which is our biggest song round the world. And it's impossible to understand that record.

There's an essence to certain things, which you can't explain. Perhaps that's why, on Send Away The Tigers, we've decided not to be ashamed of what we're good at.
06/2008 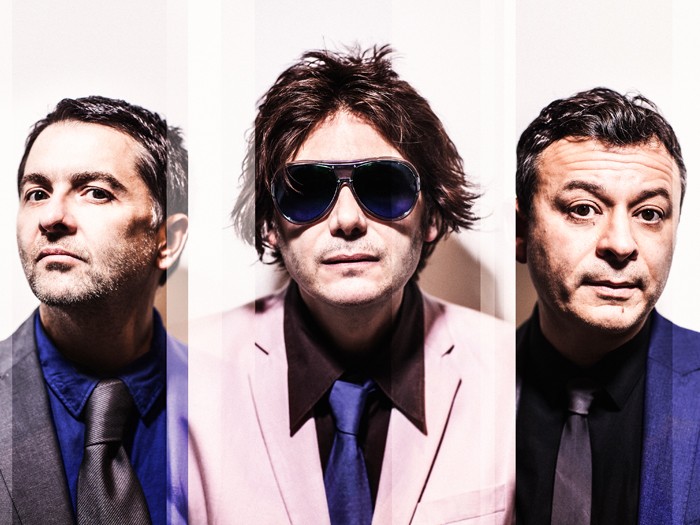 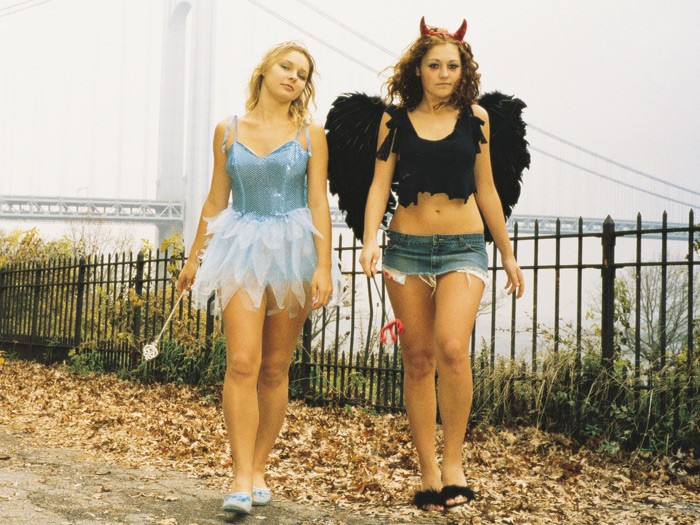