"With any trilogy," says John Mayer, "the third in the series blows it open."

On CONTINUUM the singer/songwriter/guitar slinger meets that challenge head-on. Mayer's third studio album follows the multi-platinum ROOM FOR SQUARES (2001) and HEAVIER THINGS (2003) and marks his first turn as producer. It is his most soulful, cohesive collection yet and he says it's no accident that this project is where all of his efforts, his potential, and his disparate influences fully come together.

"The night I was recognized for 'Daughters' at the Grammys was the night this record started," he says. "I knew I had bought the time to learn everything I needed before I started this one. CONTINUUM is not a shot in the dark, it's not a guesstimation. This is the first endeavor in my entire life, music or otherwise, that I did not cop out for a second on."

The last few years have seen Mayer maintaining a frantic pace. In addition to his own writing, recording, and touring, he has collaborated with icons and contemporaries alike - Eric Clapton, B.B. King, Buddy Guy, and Herbie Hancock, as well as Kanye West, the Dixie Chicks, and Alicia Keys. In doing so, Mayer says his own interests have grown and his perspectives expanded.

Mayer also credits his collaboration with Steve Jordan and Pino Palladino (collectively known as the John Mayer Trio) and the intimate-venue tour that produced the 2005 live album TRY! with helping to recalibrate his musical priorities. "As a songwriter, the Trio helped me focus on being more raw," he says. "As a guitar player, it helped me get a lot out of my system. If it wasn't for the Trio, CONTINUUM would have been less accessible. It let me settle up with my needs as a musician, and get to a point somewhere between the Trio record and ROOM FOR SQUARES - and that's a really good place to be."

While the Trio tour showcased Mayer's blazing fretwork, he says he learned lessons from those shows about restraint. "When I made my first record, there was no trust in space because it was all me, everything was just on those six strings," he says. "With Steve and Pino, it was all about space, using a whole different palette. When your tone is good on the guitar you need, like, four notes. The more concise and right you have it, the less you need around it."

Mayer points to one song in particular as the turning point for CONTINUUM. "I wrote 'Gravity' last summer, and it changed everything," he says. "You talk less when you trust that people understand you. 'Gravity' had to be sparse. And when I listened to it - for the first time, holding back - then it was a whole new game. That might be the most important song I ever wrote."

Armed with this outlook, Mayer knew CONTINUUM would tackle larger ideas than those that defined his previous albums. "A big challenge was writing about big themes," he says. "I'm not a better writer in terms of sitting down in front of a pad, but I'm better in terms of receiving inspiration and converting it into something 'real' quicker. I'm better equipped to deal with those moments."

With "Waiting on the World to Change", Mayer shot for something even more ambitious - something like an attempt to explain his generation's attitudes about politics. "It's meant to shed a little light on inactivity and inaction," he says, "because I don't believe that inaction is disinterest, I think inaction is preservation - nobody wants to get involved in a debate in which the rules and the facts will change so that they'll lose. So we end up with this other option, which is, I guess we'll just have to wait for things to get better.

Having just announced a co-headlining tour with Sheryl Crow to help launch CONTINUUM, Mayer is raring to start playing his new material for an audience. "This record is infinitely playable," he says. "I built so many corners into these songs I cannot wait to play them live."

Ultimately, CONTINUUM represents maturity, both musically and thematically, for John Mayer - a concept that he wasn't comfortable with until now. "A lot of these songs are about coming to terms with getting older," he says. "My generation was never told we were going to get older. We thought we were going to hear our names on 'Romper Room' for the rest of our lives. For a long time, I was really upset about getting older, worried that things were just going to level out.

"But then I realized that everyone around me was all getting older at the same time. We're all fighting it together, and we're always going to be those kids, the first really emotionally aware generation. When I realized that, I could relax about it a little bit. And I thought that maybe I can be the guy to sing about it." 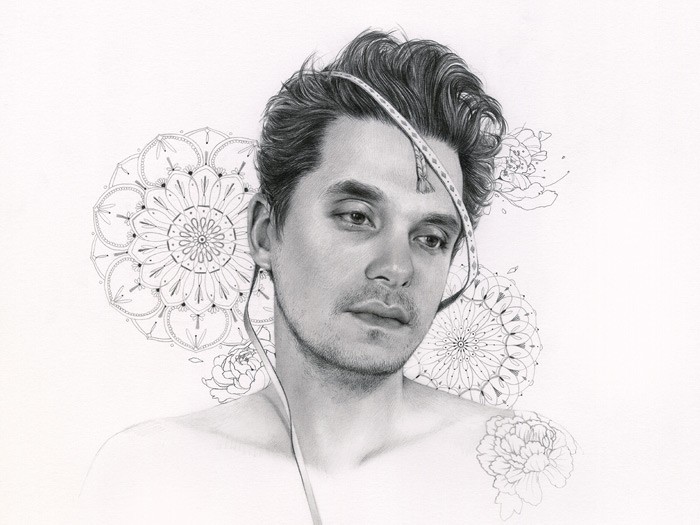