Singer, songwriter, performer, producer, perfumer-is there anything Christina Aguilera hasn't done, and done exceedingly well? One of the most accomplished performers of the last decade, she has sold more than 25 million albums worldwide, achieved four #1 singles on the Billboard hot 100 chart, and has won three Grammy Awards and a Latin Grammy Award, as well as two top five albums in the United States. She has collaborated with other great artists including Herbie Hancock, Andrea Bocelli, Sean "Diddy" Combs and most recently, the legendary Tony Bennett.
After sweeping the top of the charts with her third album, "Back to Basics," which debuted at #1 in August '06 and went on to become the biggest seller in the SoundScan era for a female artist, shipping 2 million worldwide, the unstoppable Aguilera announced a 41-city North American tour. With special guests the Pussycat Dolls as openers, the fashion legend Roberto Cavalli as the exclusive costume designer, choreographer and director Jamie King (Madonna, Janet Jackson and Prince) on board, and a unique stage design that allowed fans unprecedented access to the pop star, the shows were a feast for all senses and earned her rave reviews.
Barely catching her breath from this whirlwind, which came at the heels of extensive European dates, Aguilera lent her hand to an entirely new production-an eponymous perfume, which she launched in October '07 through Procter and Gamble. The heady, fruity fragrance is wild and exotic, sensual and succulent. And its hourglass shaped bottle with coquettish lace trim perfectly reflects its seductive boudoir sensibility. "I love trying new things in my music and in fashion," says Christina. "To have a perfume of my own is the beginning of an exciting adventure."
But perfume is hardly her latest creation. In January 2008, Aguilera gave birth to her first child, son Max Liron Bratman. No doubt mommyhood is the next colorful phase in a life that has included everything from Mouseketeer to MAC spokesperson.
Following the birth, in February 2008 the new mom served as the muse behind London jeweler Stephen Webster's new sterling silver collection. Christina inspired and fronts the unconventional collection posing as a Hitchcock heroine in the ad campaign. "Where we took the ads I think, is a really original place. It was fun experimenting with that," says Christina.
The Staten-Island native's trajectory from performing in local talent shows in Pennsylvania, where she grew up, to getting her big break on "Star Search" in 1992 to landing a part on the Disney Channel's "The New Mickey Mouse Club", is well known. It was her song, "Reflection," for Disney's "Mulan," that led to a record deal with RCA and the release of her self-titled debut album in the summer of 1999. The album quickly hit #1 on the strength of its first dance/pop single, "Genie In A Bottle" (which dominated the charts for five weeks) and other chart toppers including "What A Girl Wants." It was a feat she would repeat the following year with "Mi Reflejo," the smash Spanish-language version of her debut, followed by her hit holiday release, "My Kind of Christmas."
In 2001 Aguilera joined forces with Pink, Mya and Lil' Kim on the smash "Lady Marmalade" single and video. That eye-popping slice of eye and ear candy kept her front and center in the international spotlight even as she began, slowly and steadily, to lay the groundwork for her second album, Stripped. Released in October 2002, it sealed her status as an international superstar while transforming her image from bubble-gum-pop princess to steamy sex kitten. Along with the superheated funk of the album's provocative debut single, "Dirrty," came such standout tracks as "Beautiful," "Can't Hold Us Down" and "Make Over."
Earning her first of four Grammy Awards in 2000 for Best New Artist, her subsequent trophies came in 2001 for "Lady Marmalade" (Best Pop Collaboration with Vocals), in 2003 for "Beautiful" (Best Female Pop Vocal Performance) and in 2007 for "Ain't No Other Man (Best Female Pop Vocal Performance), winning a Grammy for each of her albums. Among countless other honors, she is also the recipient of a 2001 Latin Grammy Award for Mi Reflejo (Best Female Pop Vocal Album), a 2000 Billboard Music Award for Female Artist of the Year, and two 2004 Rolling Stone Music Awards (Best Female Performer, Readers' Pick; and Best Tour, Readers' Pick, "Justified and Stripped"). Voted Sexiest Teen Idol in a VH1 poll, Aguilera's beauty and charisma have also led Teen People to list her among its "25 Hottest Stars Under 25" and Maxim to crown her Best International Female Singer (2000), one of the Sexiest Women of the Year (2003) and #1 on their "Hot 100" List (2003). Aguilera has also been honored with two NRJ Awards (Best International Female, Best International Album) as well as a 2007 MTV Europe Award (Best Female Artist).
Today, while devoting the lion's share of her time to recording and touring, the 26-year-old is active in a range of philanthropy. A major contributor to the fight against AIDS, Aguilera has participated in the "What's Going On?" cover project for AIDS Project Los Angeles' Artists Against AIDS. In 2004 she became the new face for MAC cosmetic company and spokesperson for the MAC AIDS Fund. More recently she became involved in awareness campaigns with Youth AIDS and ALDO. She also sponsors and is actively involved in the Women's Center and Shelter of Greater Pittsburgh for battered women and children.
For more information, please visit www.christinaaguilera.com.
Biography 11/2008 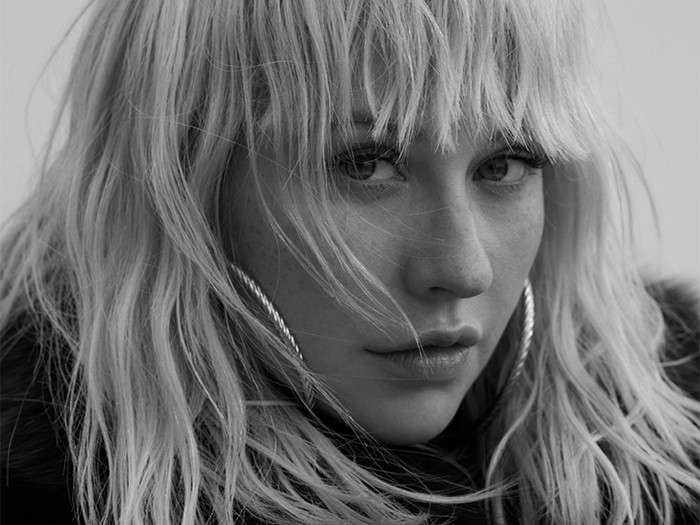