Like an elite athlete, an artist is hard wired to reach a goal and then, having achieved it, to raise the bar even higher, always pushing to perform at top capacity, crafting a personal best.

Beyoncé knows this. She's blessed with a relentless spirit that fuels her. "Everything that I do creatively has to make me work harder and hopefully steer me in a direction I've never been before, " she explains." If it's easy, then the excitement is gone because I don't like to be bored and comfortable when it comes to my music. I like to challenge myself and all those around me to get the very best creatively."

That creativity took center stage on Beyoncé's 2003 solo debut, Dangerously In Love, which won an astounding five Grammy Awards, confirming her status as one of pop/R&B's premier songwriters, producers and singers. With hits like "Crazy In Love" and "Baby Boy," Beyoncé shattered sales records, headlined sold-out tours worldwide, and presented the full range of her artistic vision, redefining herself in the process. So, how do you top a personal best?

Beyoncé's answer is B'Day, executive produced by Beyoncé Knowles and Mathew Knowles for Music World Productions Inc. Dropping worldwide on her 25th birthday, B'Day is a celebration and a milestone. Soulfully deep, emotionally expansive, musically far reaching and filled with banging beats, muscular rhythms and lyrics that are grown, smart and just flat out sexy, B'Day is the sound of an artist raising the bar.

B'Day was brought to fruition by Beyoncé, who co-wrote and co-produced the album's 11 songs, with the help of an all-star team which includes Swizz Beatz, Rich Harrison, The Neptunes, Sean Garrett, Star Gate, Jay- Z, Solange Knowles, Angela Beyince, Makeeba and Rodney Jerkins.

Warming up the bench is the equally smoldering "Ring The Alarm," produced by Swizz Beatz. Accented by an attention grabbing siren, "Ring The Alarm" hits hard as Beyoncé sings," I can't let you go. This is taking a toll." But if the mama-don't-take-no-mess attitude reads angry, think again. "I didn't want to write some 'angry' song. Swizz's track had that tough vibe, like the guy had cheated, and I wanted to write something honest. If you're in a relationship, even if the man's cheating and you end up not wanting him, the thought of another woman benefiting from the lessons you taught him," Beyoncé laughs. "That's gonna kill you! When people hear 'Ring The Alarm,' they tell me how real it is. That's exactly what I was going for."

Another song that lays it bare is "Sugar Mama," produced by Rich Harrison, the auteur behind "Crazy In Love." Funky and feverish, "Sugar Mama" steams up the room with lyrics like "Come sit on my lap. I'll do anything to keep you home." That same sexual energy motivates "Green Light," produced by The Neptunes and bristling with a southern fried, nasty girl heat. Keeping the passion on a low simmer is "Upgrade," produced by new jack Cameron Wallace of Music World Productions and featuring Jay-Z. With a sample of Betty Wright's "Girls Cant Do What The Guys Do," "Upgrade" leans back with an old soul, deeply musical vibe.

That musicality present throughout B'Day is just one of the motivations behind Beyoncé's frankly cool decision to form a 10 piece all female band for her forthcoming tour.

Since wrapping up her first solo tour in 2004, Beyoncé has kept up a whirlwind pace. In 2005, Destiny's Child said good-bye with Destiny Fulfilled, a farewell tour and the greatest hits collection #1's. That same year Beyoncé and her mother, Destiny Child's stylist Tina Knowles, launched a fashion line, House of Deréon, named for Beyoncé's maternal grandmother. House of Deréon will launch its junior line, Deréon, later this year.

The creative multi-tasking didn't stop. The following year Beyoncé began filming what she described as the role of a lifetime: "Deena Jones" in the long awaited cinematic version of the Broadway classic Dream Girls. The film's grueling 4-month shoot wrapped in April 2006 and Beyoncé, who hadn't slowed down since Dangerously In Love, was more than ready to chill. Yet after spending hours coming up with concepts and lyrics, Beyoncé discovered that rather than being drained she was invigorated and inspired by possibility. And so, two days into her vacation, Beyoncé left the chaise lounge by the pool for the darkness of a studio. Not only was the move unexpected it was on the DL."I told (my A&R guy)," she remembers. "'This is a secret. Don't tell my daddy, or my mommy or anybody; even the label.'"

Working quickly Beyoncé assembled her dream team -- Swizz, Jerkins, Harrison, Sean Garrett -- brought them all to the same New York City studio and put them in different rooms. Then the games began as Beyoncé (who was in a separate room with co-writers Angela Beyince, Makeeba and younger sister Solange Knowles) would run from studio to studio. In a musical version of the dozens, she'd drop good natured subtle jabs like "Oh, Rodney, he's got some heat up there," then head over to Harrison's session exclaiming, "Hey, Swizz is really bringing fire, you gotta come with it! " Beyoncé laughs, "There was no negative competition. Everything just happened so quickly, so I didn't have to arrange expensive flights and deal with drama and schedules. The process was magical, everyone was truly excited to be in the studio, just getting to be creative."

Working at breakneck speed, the sessions took less than 3 weeks and yielded 25 songs, which were whittled down to B'Day 's11, and mastered in early July. "It's the best thing I've ever done," she says matter-of-factly.

Beyoncé knows a little something about achieving the best, having constantly raised the bar over the course of her career.

With the release of B'Day, Beyoncé invites her fans around the world to celebrate their best years yet. 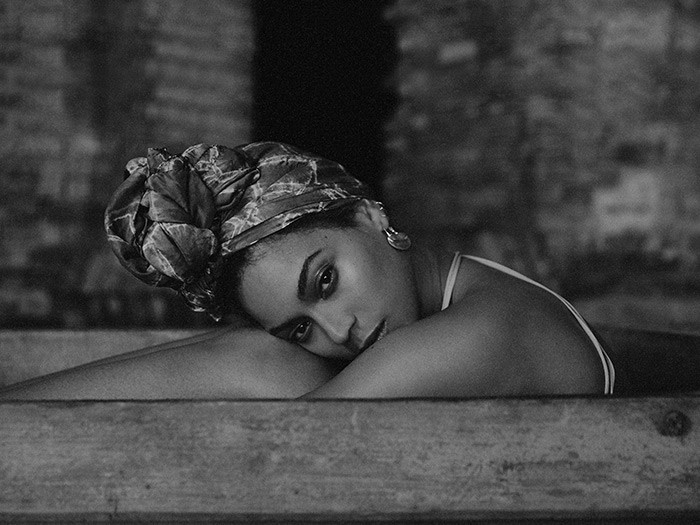